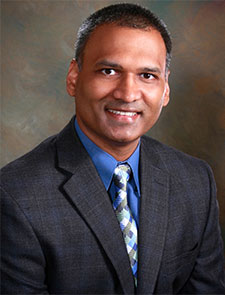 Dr. Chaudhari completed his 3-year residency in plastic and reconstructive surgery at the historic University of Texas Medical Branch (UTMB) at Galveston under the direct supervision of a past-president of the American Board of Plastic Surgery and the Plastic Surgery Education Foundation. During his plastic surgery training, he spent three complete years learning all aspects of plastic surgery, from cosmetic surgery of the face, breast, and body, to complex reconstructive surgery for cancer patients, to hand surgery and hair transplantation as well.

With over 15 years of surgical experience, Dr. Chaudhari has mastered how to create beautiful natural-looking results. He has a long track record of outstanding surgical outcomes and happy patients. He is the official plastic surgeon to the Swimsuit USA International Model Search, the Miss Houston Rodeo competition, Ms. America 2013, Miss Sugar Land USA 2013, Miss USS America 2017, and Mrs. South Houston 2017. Dr. Chaudhari has performed plastic surgery on numerous fitness models, swimsuit models, and soccer moms from all over Texas. Come visit with Dr. Chaudhari and he will help you look the way that you feel.

Dr. Chaudharis mission is to use his advanced technical skill to provide the highest quality of medical care to his patients in a warm and comforting environment. Dr. Chaudhari feels strongly about patient education and utilizes diagrams and photos when outlining surgical procedures so that patients understand their surgical options and are better able to make informed choices.

Dr. Chaudhari works closely with his patients, guided by the patients individual goals  to create beautiful and natural-looking results to enhance appearance and improve self-confidence.

As a medical student, he spent an entire year doing research in the Division of Plastic Surgery at UCLA, where he investigated the potential of fat stem cells to regenerate many other human tissues, including bone, muscle, fat, and cartilage. His research has been integral to understanding how fat stem cells can be used to heal other tissues all over the body. Over the last few years, injecting fat has become increasingly popular and is often called fat recycling. Dr. Chaudhari was involved in the development of this technique, and has spent many years refining his own technique of injecting a patients own fat stem cells to augment, reshape, or heal different regions of the human body.

During this time, he also traveled across the country to learn from plastic surgeons at several reputable institutions, including Northwestern University in Chicago, USC School of Medicine in Los Angeles, and the Beth-Israel Deaconess Medical Center at the Harvard School of Medicine in Boston. Visiting such prestigious institutions, Dr. Chaudhari acquired a broad knowledge of various techniques and learned first-hand from some of the most well-respected plastic surgeons in the country.

Following medical school, Dr. Chaudharu completed, a full five-year General Surgery residency training at the Southern Illinois University School of Medicine in Springfield. As a general surgeon, Dr. Chaudhari studied the management of all surgically treatable diseases, including diseases of the gallbladder, appendix, spleen, colon, and stomach, as well as trauma and critical care. While at SIU, he further pursued his interest in plastic surgery and developed a strong interest in burn surgery as well.

Dedicated to furthering his training in burn surgery, Dr. Chaudhari completed a Burn Fellowship at Indiana University Medical Center, where he worked in the state-of-the-art Richard M. Fairbanks Burn Center as the only burn fellow in the state of Indiana. At Indiana University, he learned how to treat acute burn patients, along with complex methods of burn reconstruction using well-established as well as novel techniques. In addition to treating burn patients, he managed to pursue burn research, specifically using skin substitutes in burn reconstruction, which he presented at the national meeting of the American Burn Association (ABA) in San Diego, CA.

To all of the Journal Readers that Voted for me to become the BEST PLASTIC SURGEON in Friendswood and Pearland, my sincerest THANK YOU!! It has been a pleasure serving the community and I look forward to many years to come!! Click for more

Dr. Chaudhari was fortunate enough to meet this smart and beautiful Houstonian, Chiniqua Pettaway, back in May 2013.

Chiniqua is a busy small-business owner and fitness enthusiast whose platform is heart-disease awareness for women
and fitness for kids. This past June, Ms. Pettaway went to California and competed against nearly 50 other beautiful women and won!